The Felipebross and Eddybross Show (TFBNEBS) or (TFBAEBS) is an animated comedy show that is made in 2014. It is created by Felipe S. and co-created by Nadjib M., Eugen P., Five S. etc. It is made using by Scratch 2.0. The first episode was How it all began (as a pilot) and the last episode was Goodbye to Felipebross. It was aired in Felipebross Network and other networks.

This Show Will Be Airing Eddybross Network 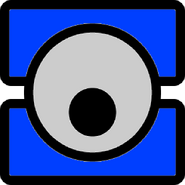 The Intro parodies The Looney Tunes Show. It was made in Scratch 2.0 and it was created by Nadjib M., then improved by Felipe S. and then it goes like a pattern. At How it all began, the intro was a opening title card.

To see a full gallery of The Felipebross and Eddybross Show, click here

Community content is available under CC-BY-SA unless otherwise noted.
Advertisement